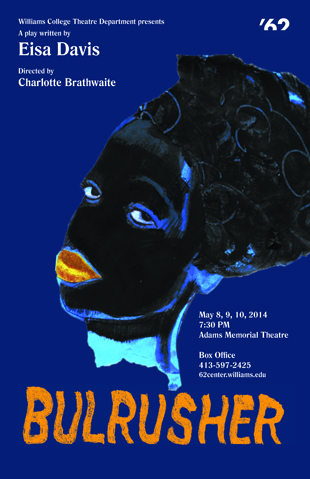 Award-winning African-American playwright Eisa Davis’s magical, poetic, coming-of-age drama, a finalist for the 2007 Pulitzer Prize, a newborn baby is set adrift on a river, only to be saved when it drifts into a cradle of bulrushes along its banks. The multiracial foundling, who goes by the name Bulrusher, is raised during the 1950s by members of the predominantly white community of Boontling, a region in Northern California that possesses, amongst other idiosyncrasies, its own vernacular language. Though gifted with the ability to tell the future, Bulrusher is hardly prepared for the journey of racial, sexual, and social self-discovery that ensues when she befriends a young African-American woman, Vera, a refugee from segregated Alabama, who is holding onto some very deep secrets of her own. British/Canadian, internationally recognized director Charlotte Brathwaite (She Talks to Beethoven, Woman Bomb, Streetcar Named Desire, Good Goods, A Midsummer Night’s Dream), known for her unconventional stagings will direct.